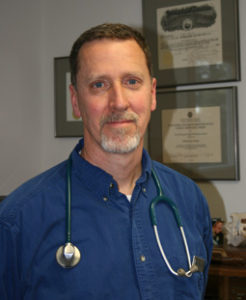 Dr. Bill Bryant is a native of Wayne, Maine.  His undergraduate degree was received from the University of Southern Maine before obtaining his Doctor of Veterinary Medicine from North Carolina State University in 1991. After working in large animal medicine and surgery in North Carolina, Dr. Bryant returned to his home state in 1992.